I think you should always experiment, try out new ideas, test yourself. You might succeed. You might fail.  But you have to try.

Sometimes, looking through the lens, pressing the camera ‘on’ button, you’re not even necessarily quite sure what you’re doing, or why, but it seemed a good idea at the time.  Something caught your eye.

On other occasions you go out with the camera with a very clear idea of what you want to do, how you want to film something, but until you’ve shot it and perhaps also edited it, you don’t know if it’s going to work.

Generally, I’m not much of a casual, happy-go-lucky filmmaker shooting wildly. Most of the time I’m not running around with a camera at all. But then I seem to have an idea, become very concentrated, and may spend days doing nothing else but filming. 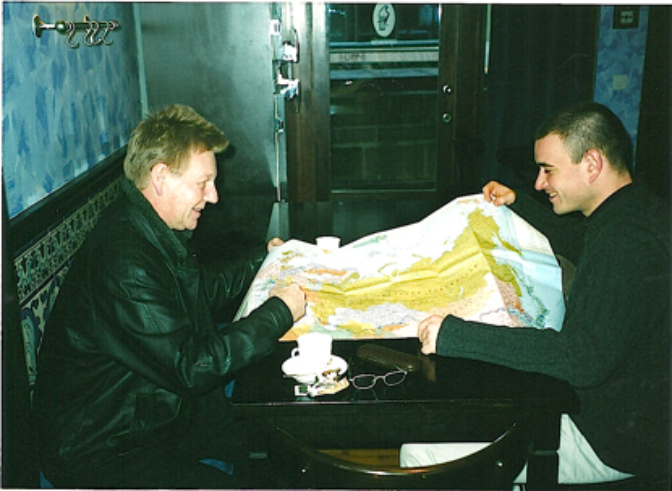 Ron Peck and collaborator Grégory Maillot pore over a map of Russia before making their first work trip there under NESTA sponsorship.

For me it’s out of all this that the stronger ideas come, the more fully shaped film ideas, and sometimes a few tests made one weekend take you all the way to a fully realized feature film or documentary. I’ve shot material that I didn’t use until 20 years later when suddenly I found a place for it.

I decided to put up on the site some of these tests and experiments, those pieces that I thought might interest, amuse or intrigue people, also to reconsider them again for myself, to see if they still might lead somewhere.

Many of the pieces will be very short, a few minutes, and perhaps only one shot. Just a picture. But a moving picture. With sound. Some pieces resemble home movies, which in a sense many of them are, an observation of something, often a place, trying to catch an atmosphere, or a personality, but there’s usually something behind, a searching for something even if I don’t quite know what.

Anyway, I try some of them out in this space and present them like pictures in a gallery. Moving pictures.  For me they are not anonymous but intensely personal pieces. In every one of them I feel I am there and that they are somehow vital to me.

Shots in the compilation (in the order in which they appear):

1
Independence Square from Ukraina Hotel window on a lazy summer’s day; 7 years later in 2014 it was the scene of a terrible massacre 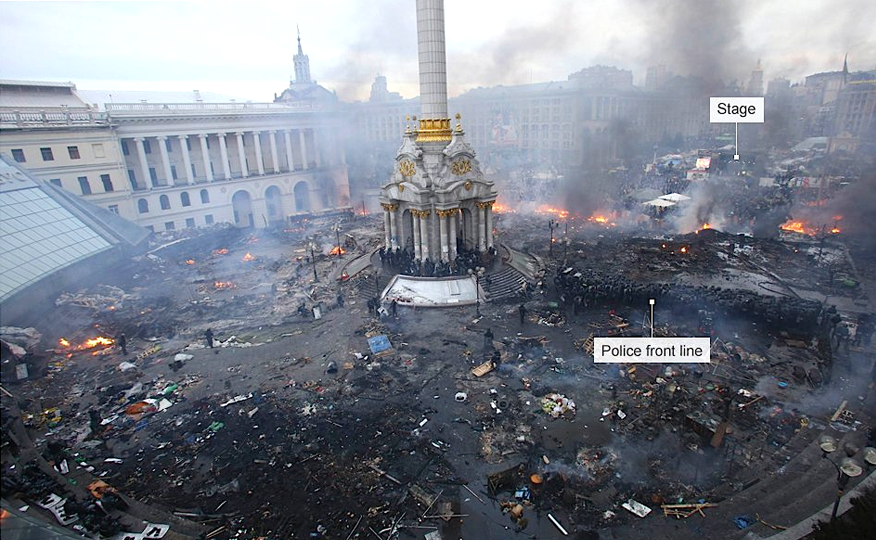 2
Vitaly Yerenkov standing in as surveillance target in a test for a project, walking from Independence Square to the Vulitsa Kreschatyk

6
From tower block apartment window in Tsarytsina, southern Moscow, where I was staying

8
The tower block opposite

10
Leaving the apartment for the metro

13
Park corner in the storm

15
Drive with good Russian friends, Anton Yerohin and Dennis, who showed me ‘their’ Moscow in the southern part of the city

16
Tsarytsina Park with Anton and Dennis and dictionary

17
Military parade… It was very early morning. I thought there had been a coup and wondered what would happen next.

18
Street intersection… There was a story in that speeding car I thought.

20
Street crossing… I see something different every time I watch this. I was looking for another way to show a city and its people

21
Nevsky Prospekt… you can fleetingly see Kolya Babitskiy, my translator, with my tripod on his back, as he dashes by