It was boxer Bradley Stone who suggested the idea that ultimately became Real Money when, soon after making Fighters, he said there was another side to life in Canning Town that should be shown, a more desperate and criminal side, which forever held out temptations to the boxer struggling to make a living in the sport.

Real Money was not a documentary but a drama. Mark Ayres and I were confident that the boxers from Fighters could act convincingly and would bring to any drama a very direct authenticity more spontaneous and alive than would be likely with professional actors working from a written dialogue script.

Real Money was
not a documentary
but a drama.
— RON PECK

In Fighters there were a few scenes that had involved acting. There were additional sequences shot but not used in the film where the boxers had reconstructed moments that couldn’t easily be filmed in situ: e.g. the all-important rest period immediately before a fight. Bradley was involved in that scene and we followed his restless wandering around the hotel.

C4’s Independent Television slot (which had financed Fighters) and the BFI Production Board agreed to support a very low-budget fiction project (on a budget of £70,000 it was made for about a 20th of what an average TV drama then cost) and the film was shot in 1994, again with cameraman Carl Ross and musical composer, Adrian Carbutt. 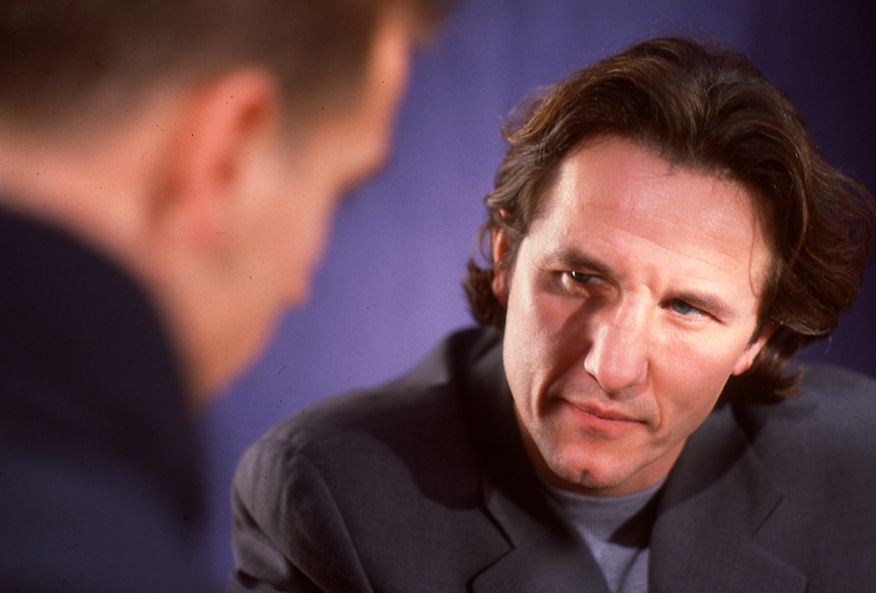 The storyline was developed in parallel with running an acting workshop at Team Pictures’ studio in Mile End, where all kinds of situations relevant to the theme were tried out and worked on. The actors were mostly the same people from the boxing world we had made Fighters with. They were all non-professionals except for Jimmy Flint who had by then begun his own acting career; for everyone else it was their first experience of acting.

On camera every one of our East End cast was focused, inventive, truthful, and often passionate. They improvised using their own language but always within an agreed framework that was plotted out in great detail before. Some of the workshops are on the Real Money DVD and more will appear later on this site.

As with Fighters, Real Money was shot with small cameras on Hi-8 tape. Very tight budget constraints meant not everything we hoped to do could be shot (a robbery scene was cut from the script at the last moment) and it was decided to shoot a lot of the scenes in intense close-up, as if we were eavesdropping on private conversations. It was a 2-camera shoot to make an improvised drama easier to edit. The film was shot in 3 weeks, mostly in Canning Town.

When it finally aired on C4 Television (just after midnight), the audience response was extraordinary. The office phones didn’t stop ringing. People seemed to have been very shaken and stirred (see Real Money/Archive/Press).

Mark Ayres and I tried very hard to follow this up with a much bigger film, Gangster, but that’s another story that will appear on this site shortly.

Tragically, Bradley Stone died just before the workshops for Real Money got going. He died as a result of injuries received from fighting in the ring. He was just 23. We did the only thing we could. We dedicated the film to him. 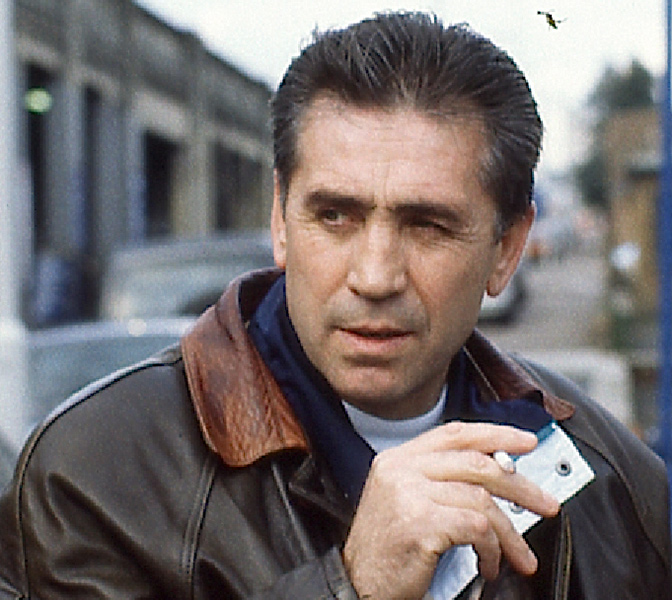